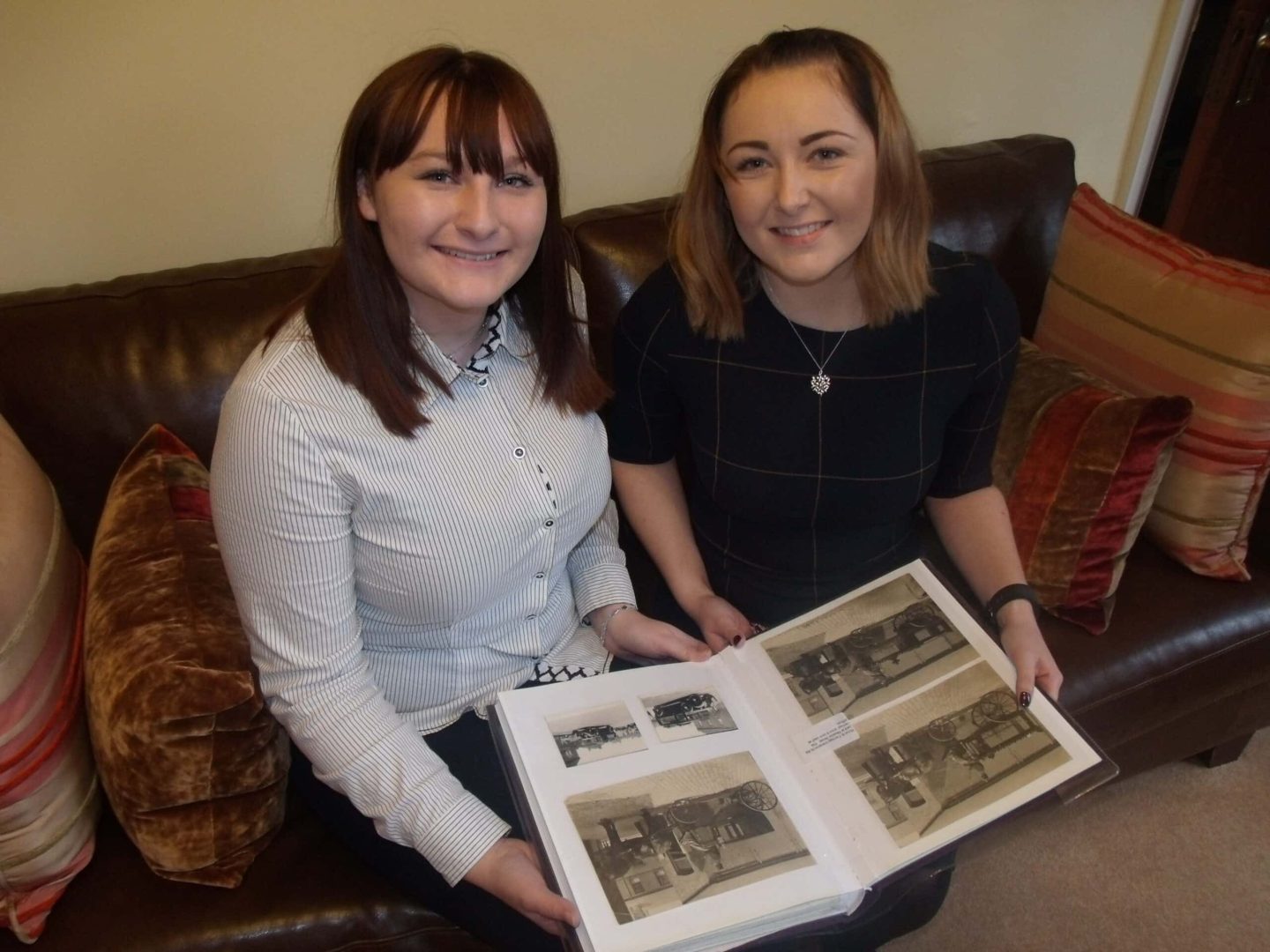 The sixth generation of family-owned funeral directors G Wathall & Son in Derby and Ashbourne have joined the business in key roles.

Bec and Charlotte Wathall, who both live in Ashbourne and are former pupils of Queen Elizabeth Grammar School in the town, have joined the business – working alongside their mother and company managing director Helen Wathall.

Bec (23) has joined as Helen’s personal assistant. Her role includes assisting with the company’s digital marketing function and she is also involved in the expansion of the business – with two new branches in Borrowash and Alvaston following the merger with Pride Funeral Services.

She has also worked on the refurbishment of the Borrowash branch, which is now rebranded with the new Wathalls branding and opened in early September. The Alvaston and two existing branches in Ashbourne and Derby will soon also be refurbished.

Meanwhile Charlotte (19) is a trainee funeral arranger. She recently led on arranging the funeral of veteran soldier John Kearns who died without any known family at Royal Derby Hospital aged 95.  The Royal British Legion invited the public to pay their respects at his funeral at Markeaton Crematorium and it was standing room only on the day.

Bec graduated from De Montfort University in Leicester with a degree in Fashion Fabrics and Accessories, specialising in digital printing, and has worked in various retail and administrative roles before joining the family firm.

She said: “This is an exciting time to be joining the business and I am particularly enjoying taking the lead on updating our technology to modernise the way we do things and being involved in our expansion and re-branding at the new branches.

“There is an element of pressure and expectation on us as the latest generation to join the business but we are keen to embrace the historical values that G. Wathall & Son are so highly regarded for whilst ensuring that we look to the future.”

Charlotte continued: “I chose Business Studies at 6th Form to gain more understanding of how businesses work as I always knew that I wanted to join mum in the business. I achieved a D*D*D at the end of the two year course and am now really enjoying my role as a funeral arranger.

“Mum joined our granddad Bill in the firm when she was also only 18 and we are both incredibly proud of what she has achieved in business and family life.

“I pride myself with being well organised so the role of a funeral arranger is well suited to my abilities, with building my confidence and taking arrangements I want to follow the previous generations of my family’s reputation as caring, compassionate funeral arrangers who give pronounced customer care for families who have lost their loved ones.”

It was in 1858 that the cabinet making and furniture broking business established by Leonard Wathall in Siddalls Lane decided to diversify into funerals. Leonard’s son, George, established G. Wathall & Son, originally in Green Street, Derby.

Since those early days, the business has gone from strength to strength. Five generations of the Wathall family have previously been involved in the firm, which will now remain a family affair in many years to come with Leonard’s great-great granddaughter, Helen Wathall, at the helm – now joined by her two daughters.

Helen concluded: “I am delighted that both Bec and Charlotte have decided to join us at G Wathall & Son to help take the business forward.

“We are extremely proud of our heritage as a family-owned business and it is wonderful that the next generation see their future in this profession.

“I know that my father Bill would have been particularly proud of them both and in seeing that the traditional values, coupled with ambitions to modernise our operations to reflect customers’ wishes, will be developed in future years.”