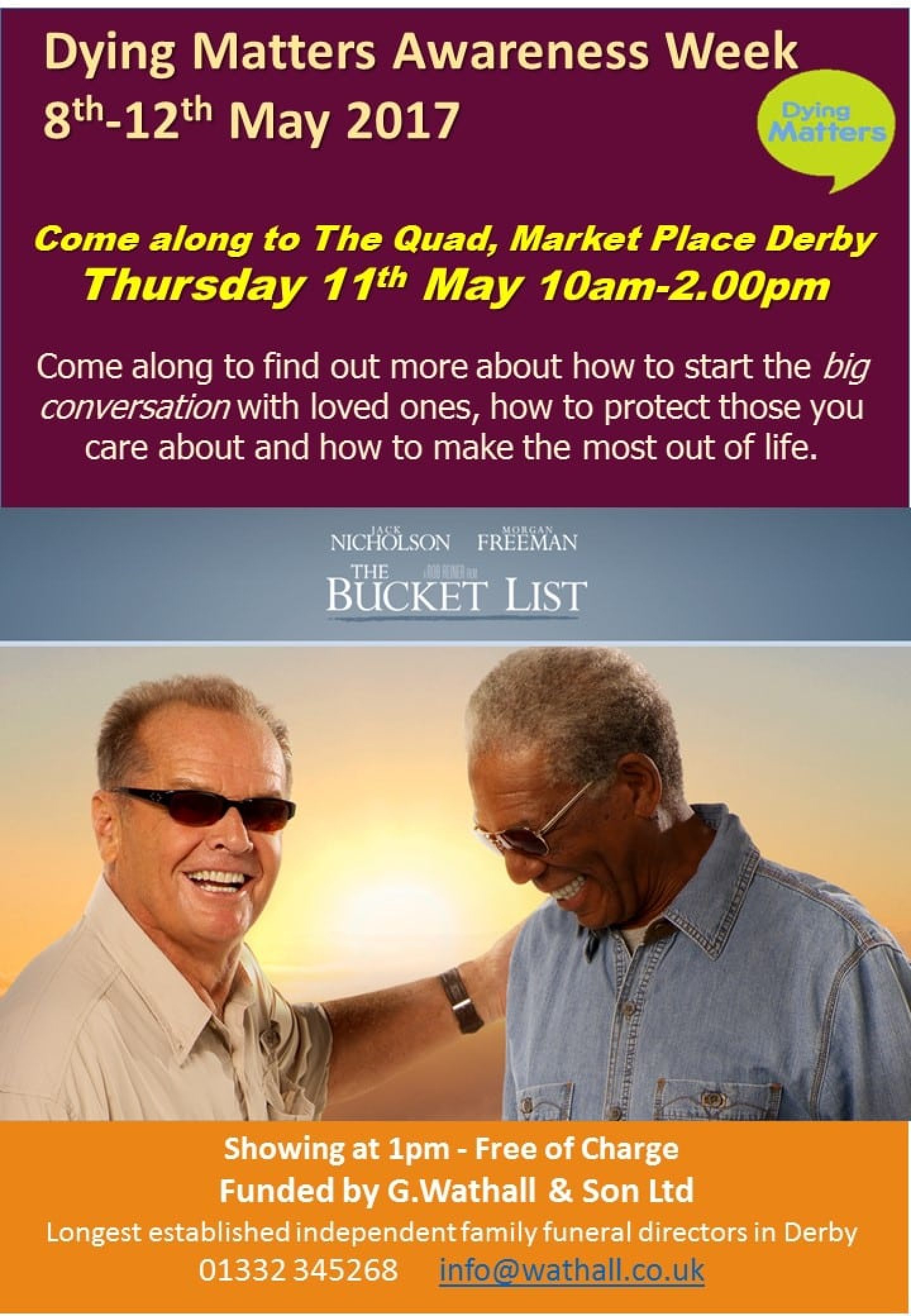 G Wathall & Son have teamed up with other local organisations to break down the taboos of discussing dying, death and bereavement.
The pitstop café event at QUAD on Thursday May 11 will be held between 10am and 2pm and has been organised by Wathall’s, NHS Southern Derbyshire CCG and Marie Curie who provide care and support for people living with any terminal illness, and their families.
The ‘pitstop café’ at the Market Place venue will be part of the national Dying Matters Awareness Week with a wide range of events across the city and county organised by the Derbyshire Alliance for End of Life Care, which aims to promote good end of life care for people living in the county.
The pitstop café on May 11 will officially start with the arrival of staff and students from the University of Derby who will hold an event at the Kedleston Road campus the previous day.
They will be met by a Highland piper at the Cathedral who will accompany them to QUAD where they will hand over a banner highlighting the end of life wishes of local woman Helen Jordan (50) who was diagnosed with terminal cancer four years ago.
Visitors to the event will be able to talk to a wide range of organisations about end of life planning, how to discuss and highlight funeral wishes, bereavement support available in the city and surrounding areas, the support available for older people and the care available for people with terminal illnesses.
Organisations represented will include G Wathall & Son, Derby Dandelions bereavement support group, Marie Curie, Age UK Derby and Derbyshire, The Laura Centre, Timms Solicitors, Whiffle Pig arts group and Dove River Media.
They will also be encouraged to write down what is on their ‘bucket list’ and attend a special free screening at 1pm of the film ‘The Bucket List’ starring Morgan Freeman and Jack Nicholson. There will be 60 free places available for the film, sponsored by Wathall’s, which will be allocated on a first come, first serve basis.
Wathall’s will also hold open mornings at its branches in Borrowash, Alvaston and Ashbourne on Friday May 12 between 10am and 12 noon to enable people to talk about their end of life preferences.
Other pitstop cafés will be held at Treetops Hospice Care, the Royal Derby Hospital, the University of Derby and London Road Community Hospital.

Helen Wathall, managing director and fifth generation of her family at the helm of G Wathall & Son, said: “Dying Matters Awareness Week is an important way of highlighting the need for us all to make our wishes known about arrangements for our end of life.
“We need to break down the taboos of talking about death whether that is how we want to be treated through end of life care or terminal illness, the arrangements for our funerals or what happens after we have gone.”