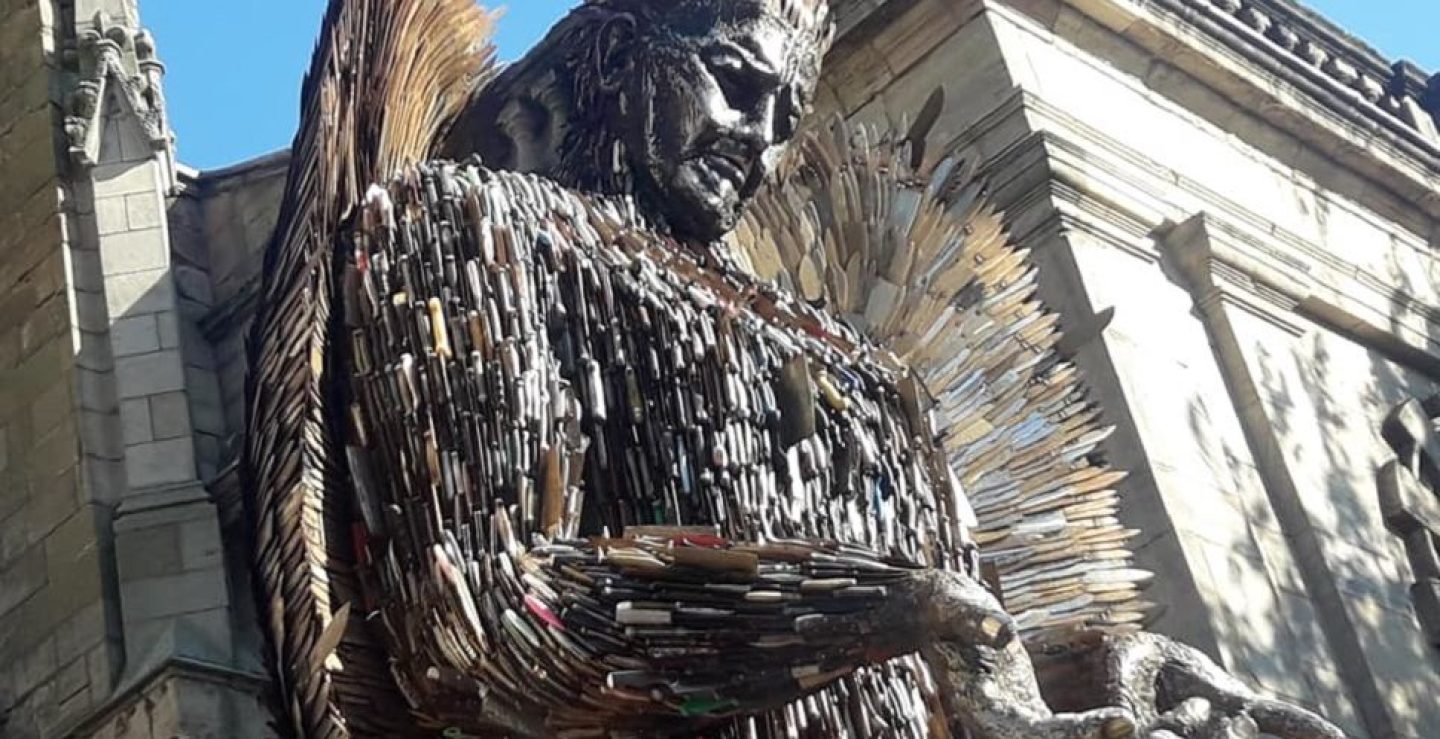 Family-owned Wathall’s funeral directors are amongst the community-focused businesses across Derbyshire who have worked together to bring the 27ft ‘Knife Angel’ sculpture to the city.

The striking sculpture, which is the National Monument against Violence and Aggression, is made up to 100,000 bladed weapons collected during police surrender schemes.

It was created at the British Ironwork Centre by sculptor Alfie Bradley to highlight the impact violent crime, particularly those involving knives, has on people, families and communities.

Derby has been the latest city across the country to host the ‘Knife Angel’ which will be situated outside Derby Cathedral throughout October.

Wathall’s has helped sponsor the transportation of the statue and has also provided tags for visitors to leave personal messages.  These will be incorporated into a lasting tribute in the Cathedral after the ‘Knife Angel’ has moved on.

More than 3,000 visited the ‘Knife Angel’ on the first day alone and special events during the month will include a service in the Cathedral on October 20.

Helen Wathall, managing director and fifth generation of her family to run the company, will be amongst the speakers – highlighting her experience of the particularly traumatic impact on families of sudden and violent deaths including young people who are victims of knife crime.

She said: “The Knife Angel is incredibly poignant and is already encouraging people to talk about knife crime which is an important step forward if we are going to tackle this as a society.”

Rachel Morris of Derby Cathedral and Chair of the Derby Knife Angel Steering Group concluded: “I want to thank everyone involved in bringing the Knife Angel to Derby, particularly the hundreds of volunteers who have come forward to act as marshals and the local companies who have given up their time and expertise.”