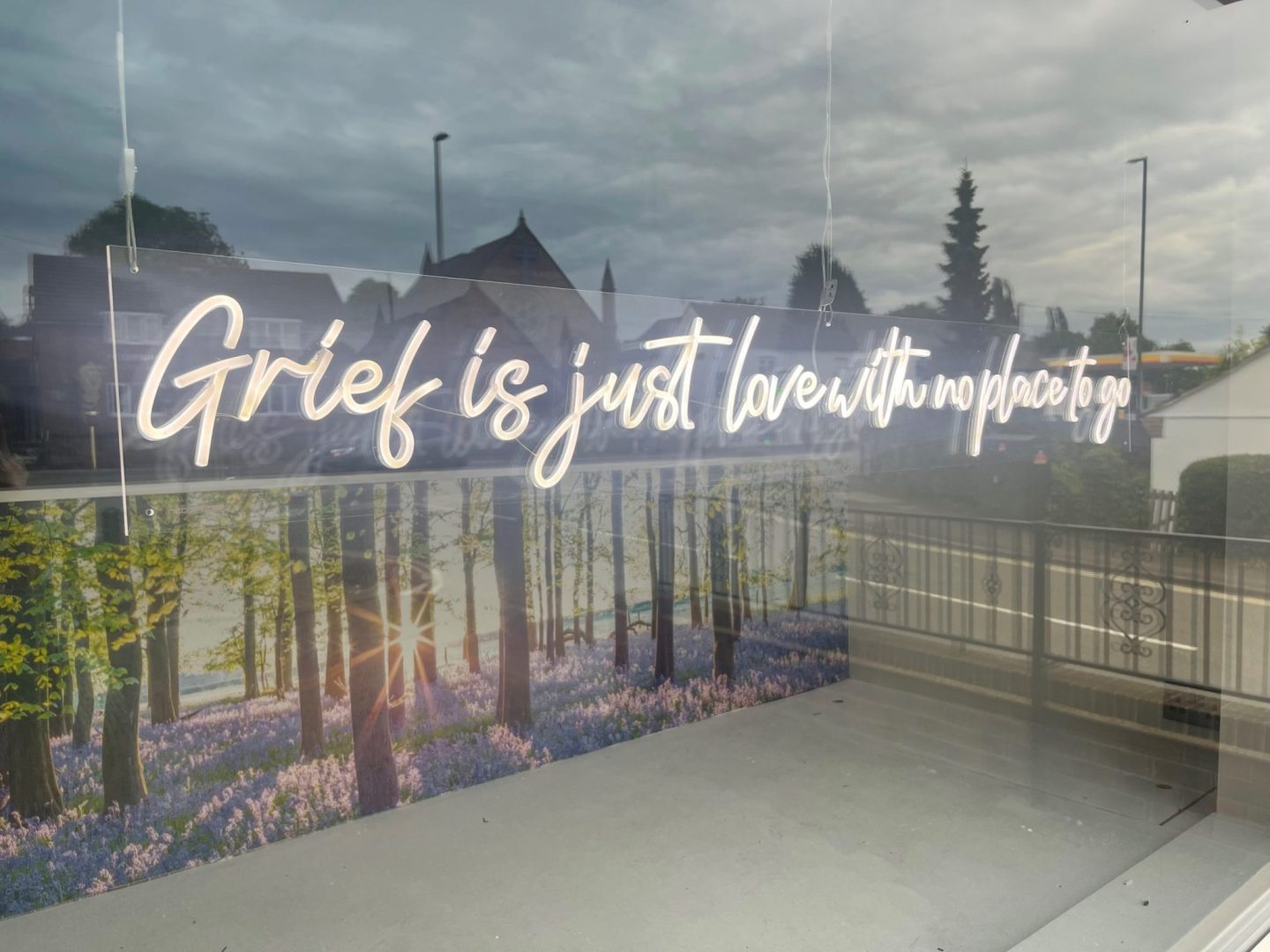 Family-owned funeral director Wathall’s has commissioned a series of light installations featuring positive and inspiring messages which feature in its branches across Derbyshire and Staffordshire.

The Year of Light initiative has been spearheaded by Business Development Manager Bec Wathall who, alongside sister Charlotte, is the sixth generation of the family to work in the company – Derby’s longest established independent funeral directors.

Bec explained that the 12 neon signs would be featured in stages around the company’s branches in Derby city centre, Allestree, Alvaston, Ashbourne, Borrowash, Burton-on-Trent and Chaddesden which is due to open next month (June).

She said: “I was inspired to develop the Year of Light messages after reading a book about living life to the full and someone’s dying wishes.

“After such a turbulent couple of years for most people and particularly the families that we support, I wanted to create a series of messages that would uplift and inspire people to make positive changes.

“The overriding theme is that tomorrow isn’t promised and ensure that you don’t have regrets – including telling your nearest and dearest that you love them.”