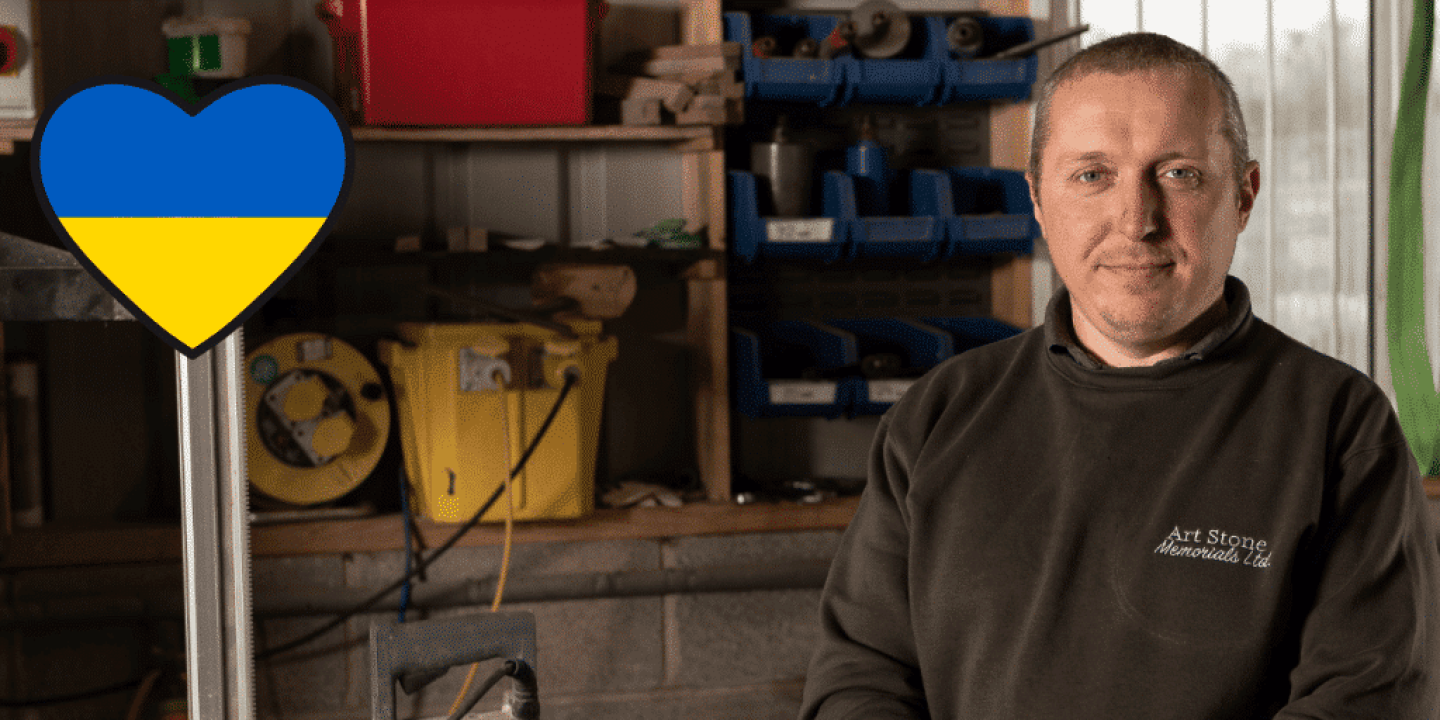 Family-owned funeral directors Wathall’s and their sister company Art Stone Memorials have pledged support for efforts to raise money and collect items in response to the growing humanitarian crisis in Ukraine.

The Wathall’s and Art Stone teams have rallied behind their colleague, Ukrainian-born Oleksandr (Alex) Burlaka who is head stonemason at the memorial design and restoration specialists in Stapenhill.

Wathall’s have offered their branches in Derby city centre, Allestree, Alvaston, Ashbourne, Borrowash and Stapenhill to be collection points until Friday March 11 for warm children’s clothing and blankets which is being coordinated by the Ukrainian Youth Centre in Weston-on-Trent.

Father-of-six Alex originally came to the UK 20 years ago to study and then returned here in 2005 when he married his wife Tracy – settling in Burton-upon-Trent.

He frequently returns home to visit family in Ukraine and his three younger children, now aged 8,11 and 14 have spent their summer holidays every year with their grandparents in south west Ukraine.

Alex has managed to speak to some family and friends in Kyiv, many of whom have made the journey to stay with his parents, but has not been able to speak to other family in Kharkiv which is under heavy attack from Russian forces.

He said: “This is a horrendous situation for my home country and I still can’t quite believe that it is happening.

“I was there in early January and nobody really thought that Ukraine would be invaded in this day and age – it is insane.

“I have been able to speak to most of my family – especially my parents who live in the southwest which is currently relatively calm.

“They have taken in many family and friends including from Kyiv and the surrounding area and they have prepared the basement as a place of safety.

“If I did not have children here to support, I would be joining the thousands of others who have returned to Ukraine to defend the country.

“All I can do is join the efforts here to raise money and collect warm children’s clothing and blankets which is the urgent need for people who are fleeing their homes to safety – leaving everything behind.

“I am grateful to all my colleagues at Art Stone and at Wathall’s for their support and I hope that we can help make a difference.”

Helen Wathall MBE, who is the fifth generation of her family to run Wathall’s, said: “When the events started to unfold in Ukraine, my thoughts immediately turned to Alex and his family and how we could help.

“We are asking for items to be dropped off at our branches before Friday March 11 so that we can get them to the main collection points and will stay in touch with the Ukrainian Youth Centre to see what further help is required moving forwards.”