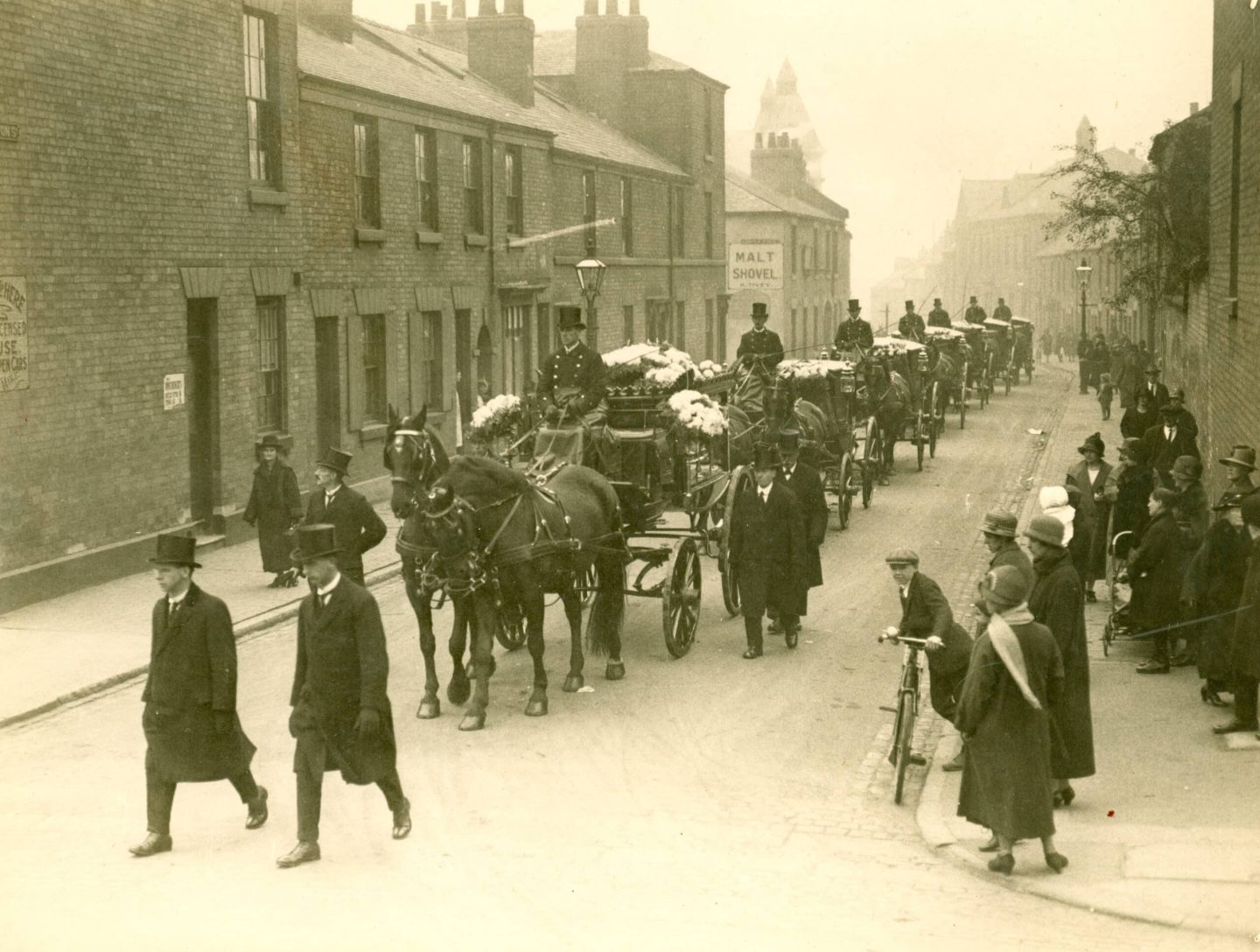 Family-owned funeral directors G Wathall & Son will hold an open day at its head office in Macklin Street, Derby, on Saturday June 23 between 9.30am and 12 noon to show the public how times have changed in how people in Derby have said farewell to their loved ones over the past 160 years.

The company, which is the city’s longest established independent funeral directors, celebrates its 160th anniversary this year and has been collecting photographs, documents and memories from its archives, previous and current long-serving staff and from local families.

As the anniversary coincides with the Royal wedding year of the now Duke and Duchess of Sussex- Wathalls have plotted the company’s history and milestones in line with successive monarchs’ coronation years over the years.

This will be displayed alongside other exhibits from across the decades up to the present day – showing how funerals have changed from traditional services with horse drawn carriages to the trend towards themed funerals with personalised coffins at different venues.

These include woodland burials, specially produced videos of the deceased playing on a screen and Wathall’s latest partnership with Derby County Football Club – enabling Rams fans to have specially-designed coffins and wakes at Pride Park.

Visitors to the open day will also have the chance to behind the scenes at Wathall’s including the chapel of rest and mortuary.

Helen Wathall is the fifth generation of her family to head up the company since it was established in 1858.

The company won the Contribution to the Community title in the Derby Telegraph Business Awards 2017 and is a finalist in the family business category of this year’s awards.

She said: “Putting together the exhibition has been a wonderful opportunity to dig through our own archives and talk to other businesses and organisations in the city to gather more memorabilia.

“It has been particularly fascinating meeting with the staff at WW Winter photographers who have been established since 1852.  Our companies have worked closely together over the generations to photograph funeral processions and the deceased – particularly when very few families owned a camera in the last century.

“Other exhibits include a piece of Arval bread from Derby Museums which was the original fayre served to mourners at a wake.”

We look forward to seeing you there.