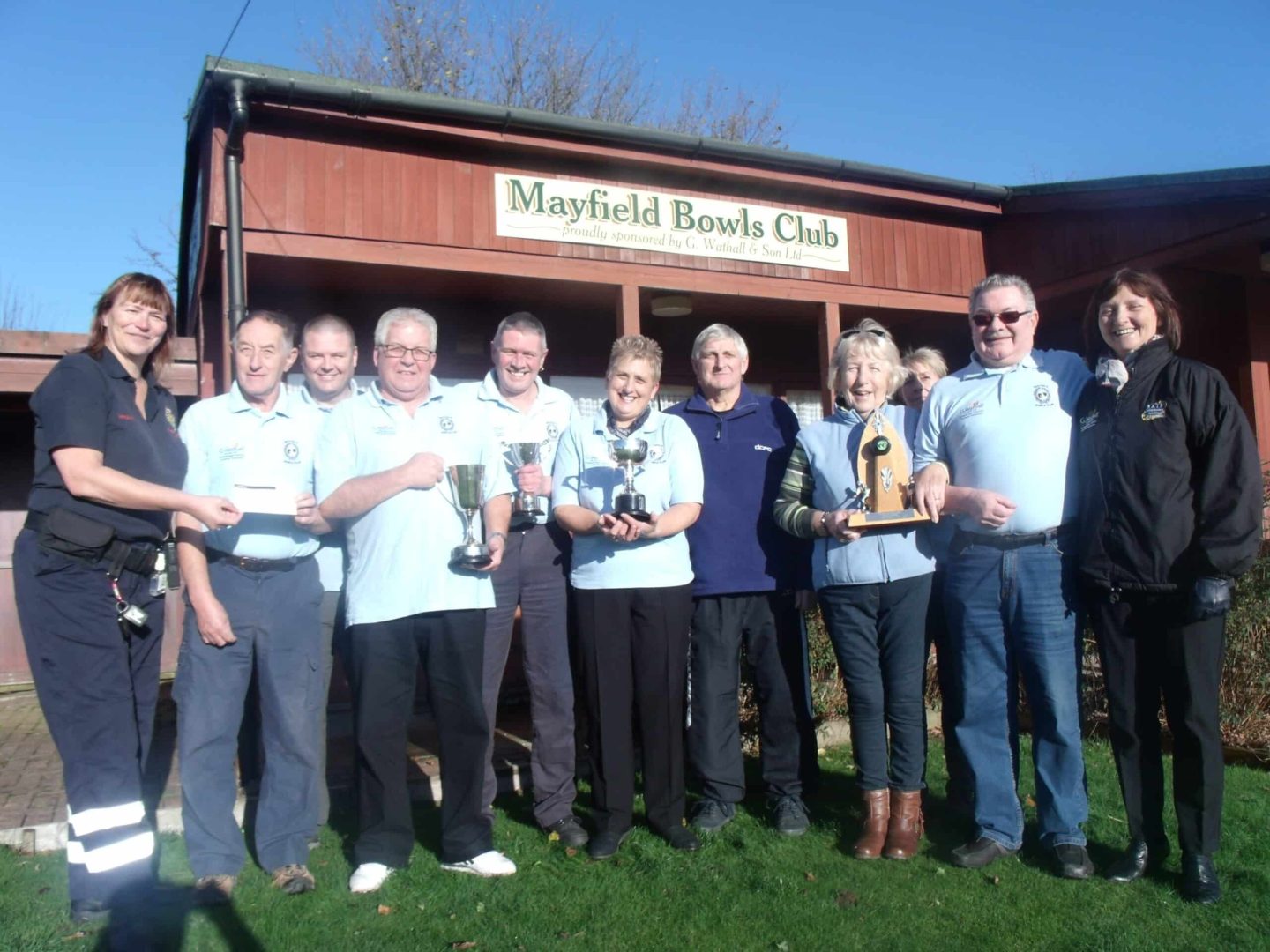 Mayfield Bowls Club’s successful crown bowls season has results in more silverware for their trophy cabinet and the chance to support a local charity.

The crown bowls club, which is sponsored by family-owned funeral directors G.Wathall and Son Ltd in Derby and Ashbourne, won another batch of trophies in the Uttoxeter League this season.

The team also won the league’s Crutchley Cup which earned them a £115 cheque that they have donated to the Mayfield and Ellastone Community First Responders.

The organisation is a team of volunteers who are trained by West Midlands Ambulance Service to respond to 999 calls and provide lifesaving treatment to people in their local communities, backed by the nearest available emergency vehicle.

Dave Mitchell from Mayfield Bowls Club said: “We have had another good season and are delighted to have won the Crutchley Cup which is a knock out competition with a cash prize that is donated to a club’s choice of charity.

“Community First Responders do a brilliant job in this area and we have donated our prize to them several times over the years.

“We have around 30 members and are now busy recruiting for more players to ensure the continued success of the club.”

Carolyn Bointon from Mayfield and Ellastone Community First Responders continued: “We are very grateful for Mayfield Bowls Club’s continued support for the work we do as we rely totally on donations from the public.”

Helen Wathall, Managing Director of G Wathall & Son concluded: “We have sponsored the club for five years and are very proud of their achievements.

“The club has had an excellent run of success. Maybe we have bought them good luck, so long may it continue”