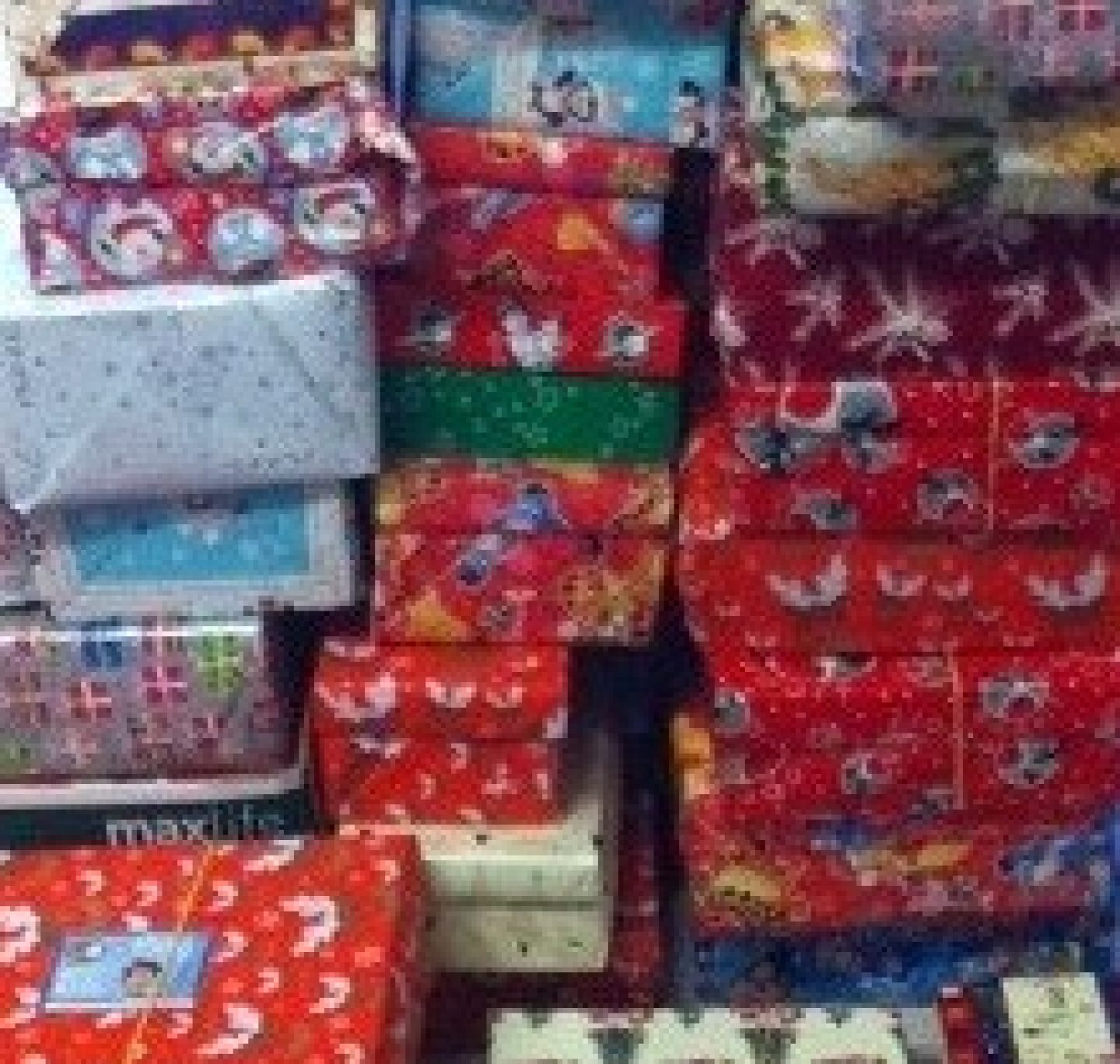 Boxes, and more boxes.   A record 180 boxes were handed into the G.Wathall & Son offices in Macklin Street.

Staff from Wathall’s were struggling to find space as more and more boxes arrived, piling up high towards the ceiling!  Pictured here are just a few of the boxes that have been taken to the local Derby Warehouse which is the distribution centre for all the 300+ collection points across the City.

Joan Henchliffe who organised the event as part of her role with Team Wathall Support in the Community,  said  “the people of Derby have once again been very generous in giving to this great cause.  G.Wathall & Son Ltd are  proud to be part of what is now the UK’s largest children’s Christmas appeal.”

Since 1990, Operation Christmas Child – an initiative of the Christian relief and development agency Samaritan’s Purse – has been blessing underprivileged children around the world with gift-filled shoeboxes wrapped and packed by children and adults in the UK. It’s a campaign that thousands of schools, churches and other organisations from across the UK get involved with between September and November each year. See more at: http://www.samaritans-purse.org.uk