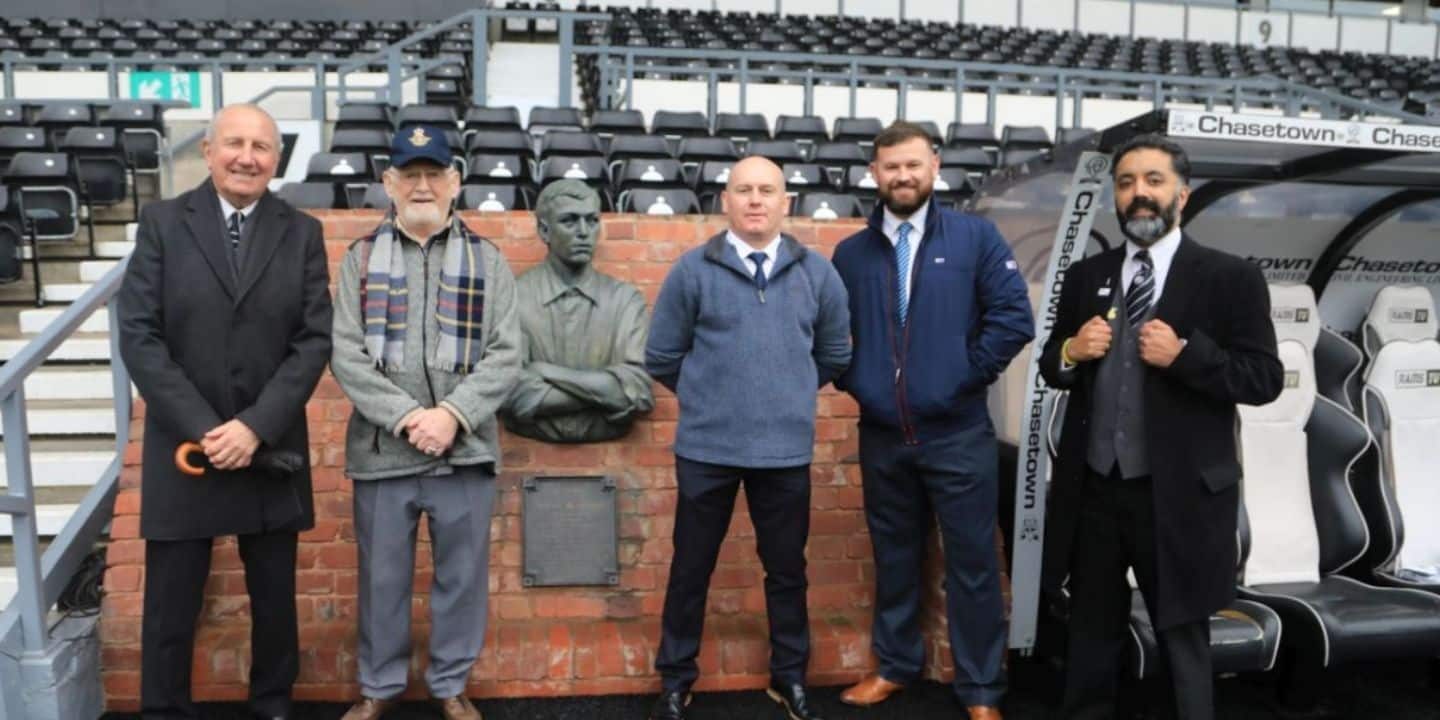 Hughie Gallacher, a centre forward who served the Rams between 1934-36, has been permanently remembered with a commemorative brick which has been laid in front of the East Stand to mark his life.

Gallacher sadly took his own life at the age of 54 in 1957, but his legacy will now continue as he has been etched into the brickwork by Art Stone, part of the Wathall’s funeral directors who are preferred partners with DCFC.

A small ceremony took place outside Pride Park Stadium and Hughie’s son and grandson were in attendance, as was Rams supporter Kalwinder Singh Dhindsa who led the campaign. Club Ambassador Roy McFarland was also present at the event.

Hughie Junior, Hughie’s son, said: “It means almost everything to me. Nothing has ever happened in the past. I was content to just sit back and leave his name to the record books and be proud of that, but this is extra special.

“As far as I know, it’s the first tribute anywhere, from any club, but that has never bothered me. It’s special for me and special for all of us.”

Kalwinder, who has contributed to several tributes at Pride Park Stadium including the Steve Bloomer bust, the Brian Clough and Peter Taylor statue, as well as the Dave Mackay statue, was pleased to help honour Hughie with a foundation stone.

The Rams fan, author and local historian explained: “The thing I share with Hughie Gallacher Junior is that we were both born in Derby and both our fathers died by suicide. I have always found that suicide stops people from talking. It stops their loved ones from talking as well and the same applies in football too.

“Anybody else who had not died as tragically as Hughie did, in the manner that he did, would have statues everywhere but people are uncomfortable and awkward at times to reflect that.

Former Rams defender McFarland added: “Like a lot of the players from that era, it feels a long time ago – but his record still stands. The short time Hughie had here at Derby County and the number of goals he scored in that time is an unbelievable record.”