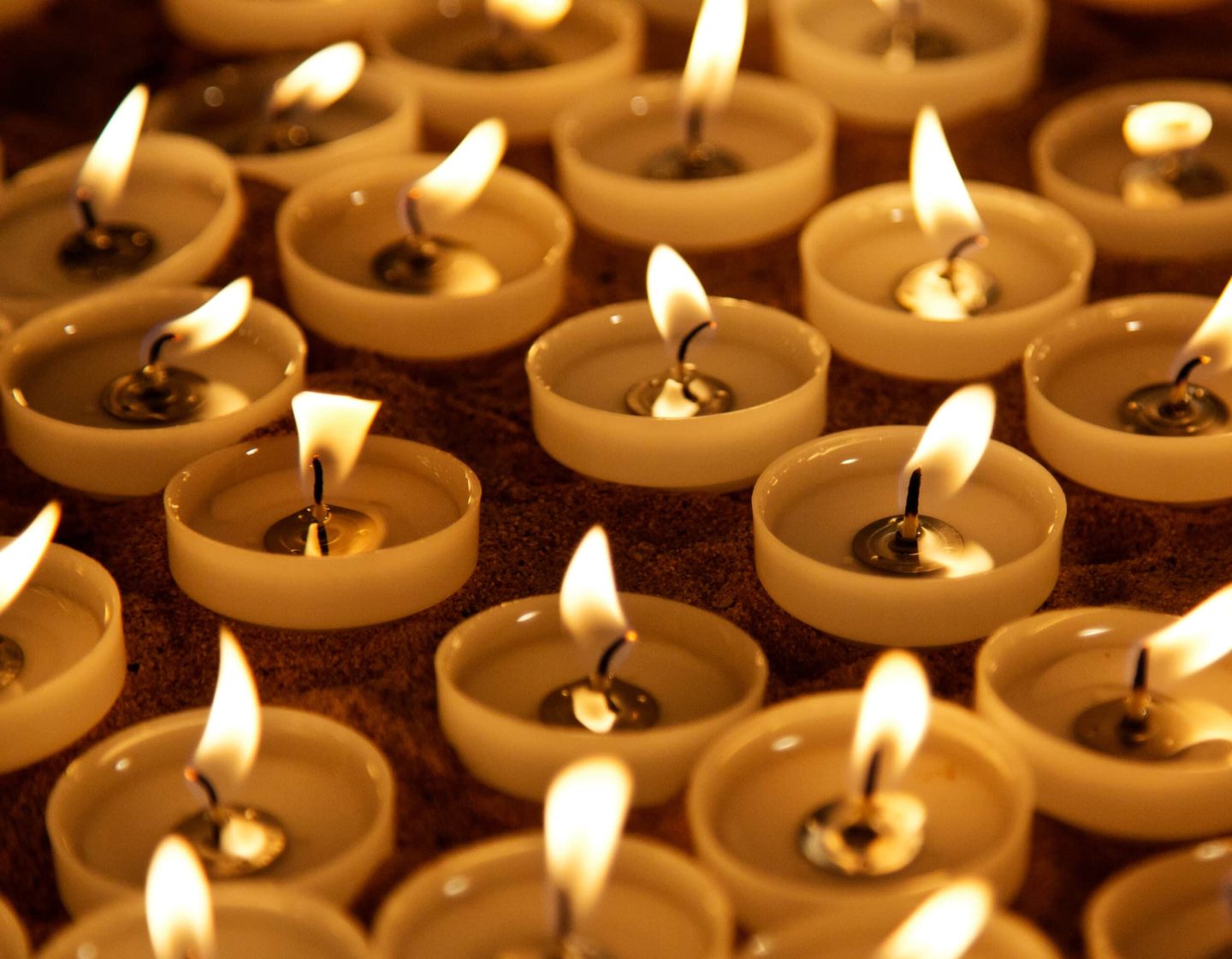 Wathall’s hold the memorial service every year – inviting families who have lost loved ones during this and past years, as well as representatives from local churches, hospitals and nursing homes.

The early evening inter-faith service will include Christmas carols, readings and finish with a poem written especially for the occasion by members of Derby Dandelion bereavement support group which is organised by Wathall’s and meets every month in Derby and Ashbourne.

The poem includes members’ past memories of Christmas and will be read by three of the group’s members Kathleen Parker (76), Jean Pye (71) and Delilah Morey (55).

Kathleen from Hilton lost her husband Gavin in March 2014, soon after celebrating their Golden Wedding.

She said: “We didn’t have much at Christmas but I have some lovely memories such as singing carols at the local hospital, stirring the Christmas pudding and making a wish and of course making paper chains.

“I miss Gavin dreadfully at Christmas but it is nice to have a chance to remember loved ones at a special occasion.”

Jean from Mickleover said: “My earliest memory of Christmas is going into our front room as a young child and seeing a beautiful Christmas tree full of handmade decoration created by a family friend.

“It was magical and, for me, represents the true spirit of Christmas which is family coming together.

“Christmas brings back many poignant memories and it is so commercialised nowadays.  Having a memorial service like this at this difficult time of year and in the wonderful setting of the Cathedral will, I hope, make this time a little easier.

Jean joined Derby Dandelions after the death of a close friend.  “He was a great friend and I miss him terribly.

“Derby Dandelions is an opportunity to get support with bereavement but also to meet new people and take your mind off things for a while.”

Delilah, who lives in Sinfin, was widowed at just 19 when her husband died suddenly from a heart attack – leaving her with four children under the age of three.

She then lost her mother in traumatic circumstances in 2004 which brought everything back.

“I did not have the time or space to grieve when I lost my husband and then it took ages to sort out matters after my mum died which was very traumatic for us all.

“I went on the Grief Journey Derby organised by Wathall’s to better understand the grieving process and also joined Derby Dandelions which is a great support as everyone is in the same boat.

“I hope that people enjoy our poem.  It is about the little things that mean so much at Christmas which I think everyone will appreciate and I hope that it brings back memories for everyone at the service and a smile to their faces.”

G.Wathall & Son won the Contribution to the Community award at the Derby Telegraph Business Awards earlier this year and now has offices in Macklin Street, Ashbourne, Borrowash and Alvaston.

Wathall’s Bereavement Services Nurse Angela Thompson who runs Derby Dandelions continued: “The group have done a brilliant job putting together the poem.  We all want people to leave the service reminiscent rather than sad and they hope their poem will bring warmth at this time of year.”

Managing Director Helen Wathall is the fifth generation of her family to run the business.

She explained: “We organised the first service in 2008 and it has grown every year with some people coming every year to remember a family member – joined by those who have been more recently bereaved.

“The memorial service is an opportunity to remember their loved ones at what is an especially difficult time of year.

“Every year we support a local charity at the service and expect to raise around £1,000 for The Hardy Group which is a Derby charity that has built a thriving group of people living with dementia as well as current and past carers who support each other along their journey with this challenging condition.”