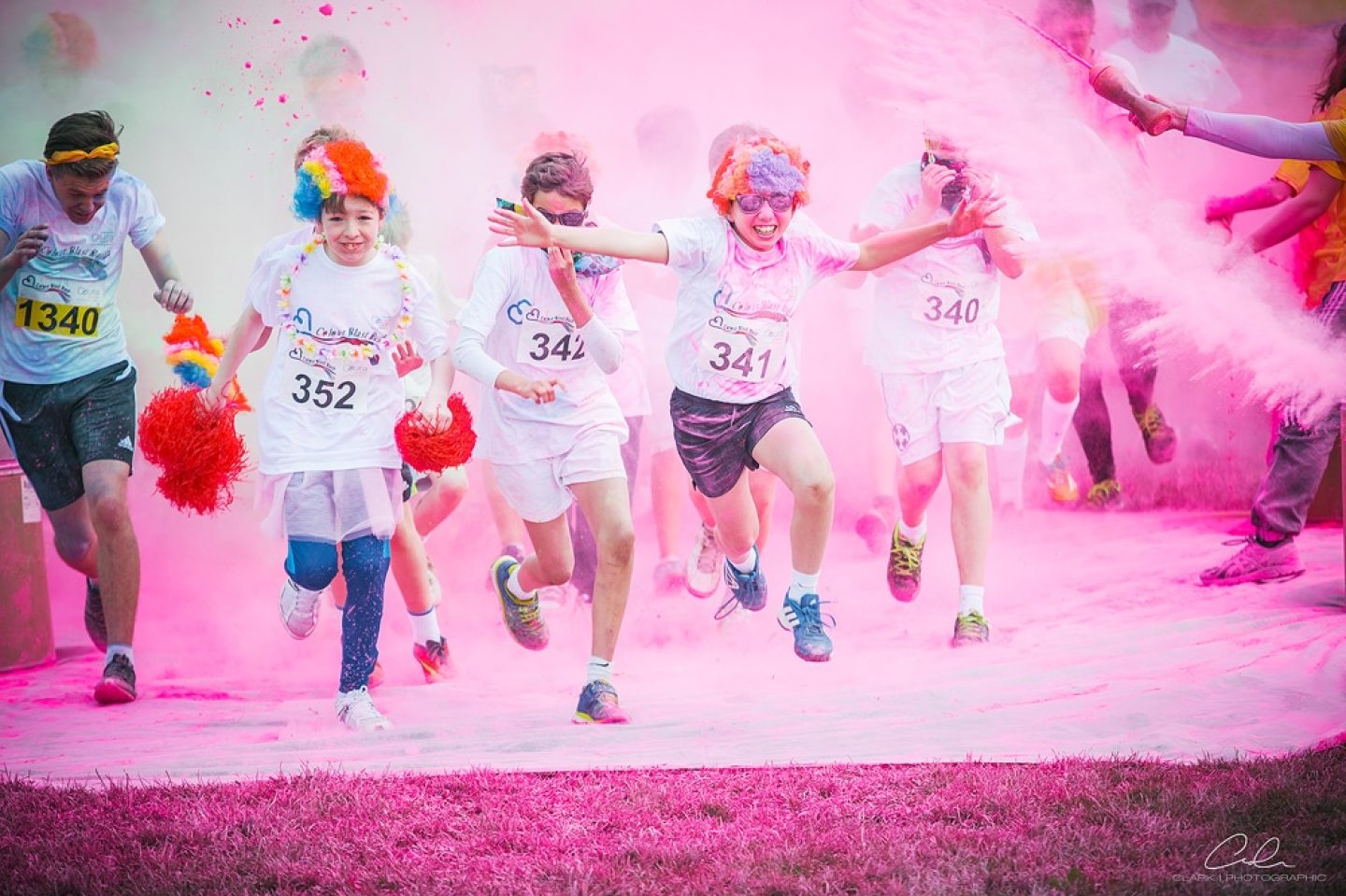 A local bereavement support group has added to the total raised for The Laura Centre in Derby by organising yet more fun and games for participants at the charity’s recent Colour Blast Dash in Darley Park.

Participants at the Colour Blast Dash were invited to make donations in return for testing their football skills.

The £50 raised has been donated to The Laura Centre Derby in Vernon Gate which helps local families when a child dies or is bereaved and this donation joins the £30,000 already raised by Wathall’s and Derby Dandelions to support the organisation.

G Wathall & Son Managing Director Helen Wathall explained: “The football game has been very popular at community events and we are delighted with the money that has been raised for The Laura Centre through people’s donations.

“The charity fits perfectly with our own bereavement support services through Derby Dandelions and the Grief Journey programme which both help people come to terms with and better cope with losing family and friends.”