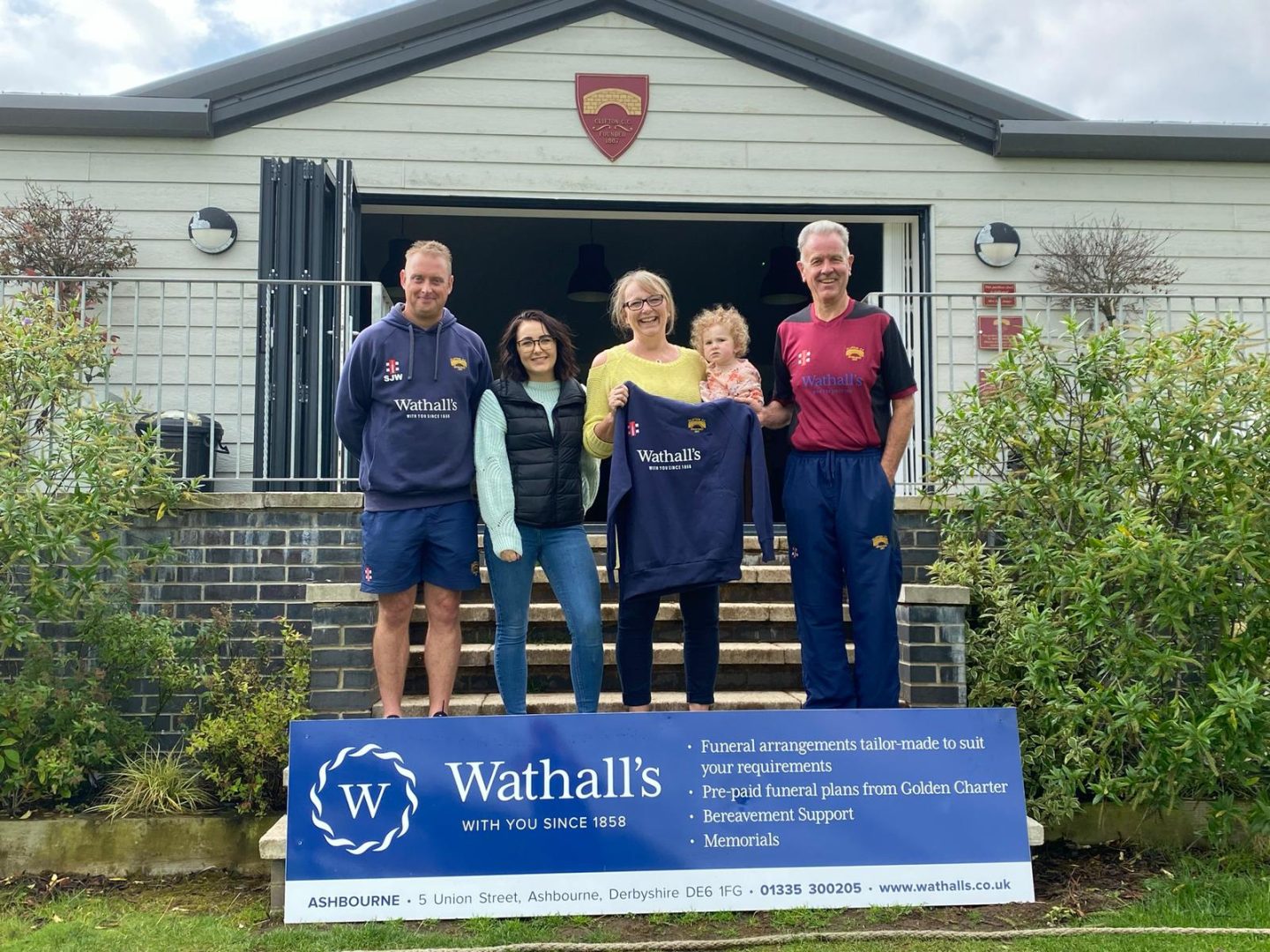 As part of the sponsorship the Wathall’s logo is displayed on all senior team’s kit and sponsor boards at Chapel Lane, Clifton.

Clifton CC near Ashbourne play in the Derbyshire County Cricket League and the three senior teams have played in Division 1, 6S & 9SW for the 2021 season.

Out of the three senior teams it was the 3Xl who had success by finishing runners up in Division 9SW which should see them promoted.

CCC also have the ECB Clubmark accreditation – an accreditation scheme for cricket clubs shows that a club is sustainable, well run and provides the right environment for its members.

Clubmark accreditation also recognises a club as a safe, rewarding and fulfilling place for participants of all ages, as well as assuring parents and carers that they are choosing the right option for their young people.

Clifton CC run numerous Junior teams from Kwik Cricket, Dynamo’s, U11, U13, U15, U17 & U19 hardball cricket teams throughout the season with over 100 members.

The club’s ladies’ team has played in several softball tournaments this season and are entering a hard ball team next season.

Helen Wathall, who is the fifth generation of her family to run the company with branches in Ashbourne, Alvaston, Derby, Borrowash and Burton-on-Trent, added: “Wathall’s has been part of the Ashbourne community for many years, and we have a long-held tradition of supporting organisations which make a positive difference to people’s lives.

“Sport is an important part of everyone’s physical and mental wellbeing – even more so this year – and we are delighted that our sponsorship has, in part, enabled even more people of all ages play and enjoy cricket during the 2021 season.

“It was lovely to be invited to the ground to help celebrate a successful season and we wish everyone continued success in the coming years.

Clifton CC Chairman Roger Jones continued: T2he club are most grateful for Wathall’s support which will help sustain and promote the club over the forthcoming years. Our attentions are now turning to winter training which will run at Denstone College and Ashbourne Leisure Centre.”